It was another one of those nights. We did a bit of running to and from two awards evenings at the high school. First, Brandon received an award from his baseball coach for all his hard work and dedication and good playing on the JV team. He went from not making the team to becoming the starting 3rd baseman. It was a great honor. 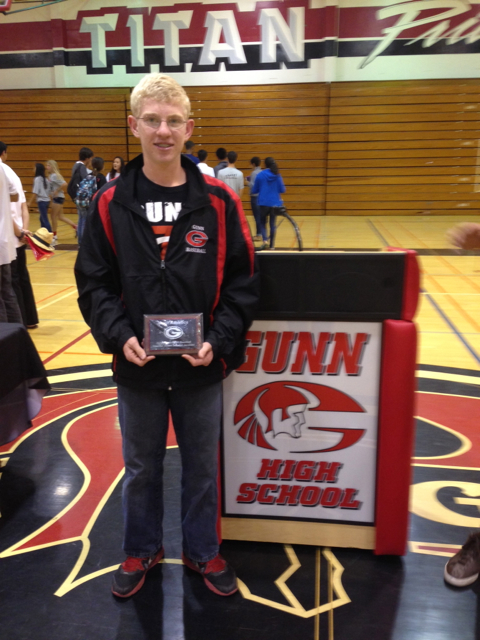 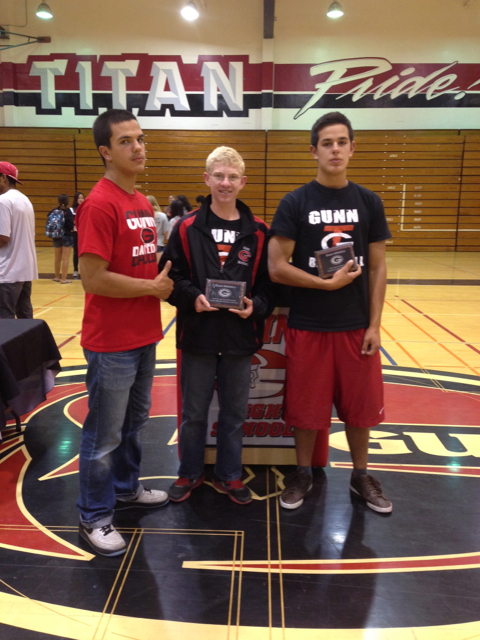 Nicole had her last French awards evening. She placed in the national test again and also was awarded a scholarship. She got her honor cords for the French Honor society to wear at graduation. She and one of her best friends won the scholarship together. She also performed as Candide’s love interest in a short French play. It was a fun evening. 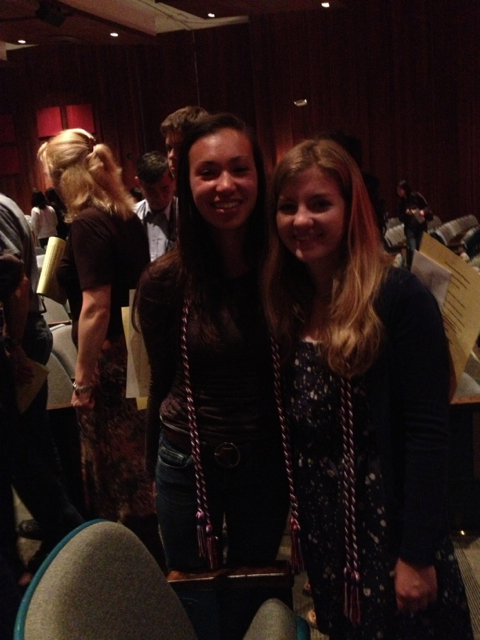 Last year in high school together 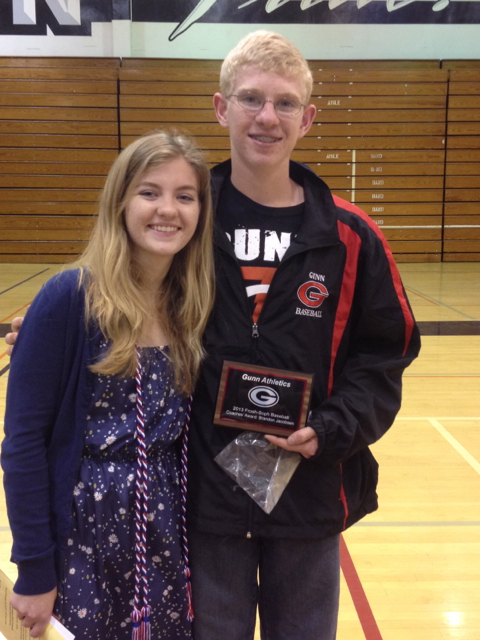 With more buddies and awards 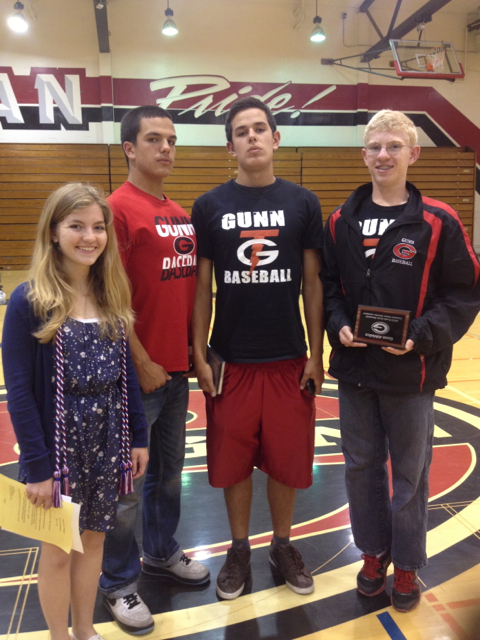 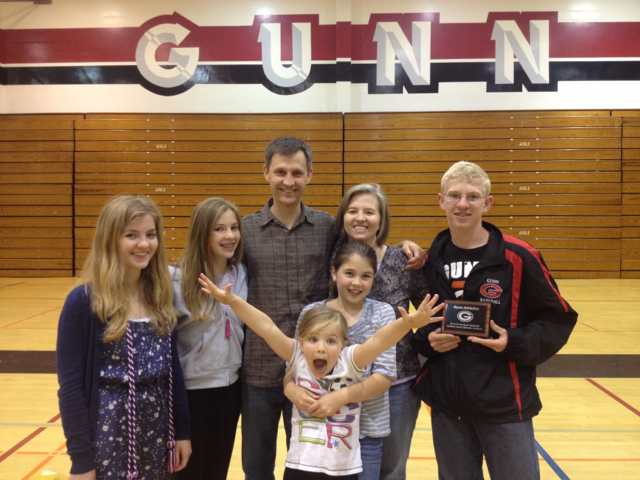 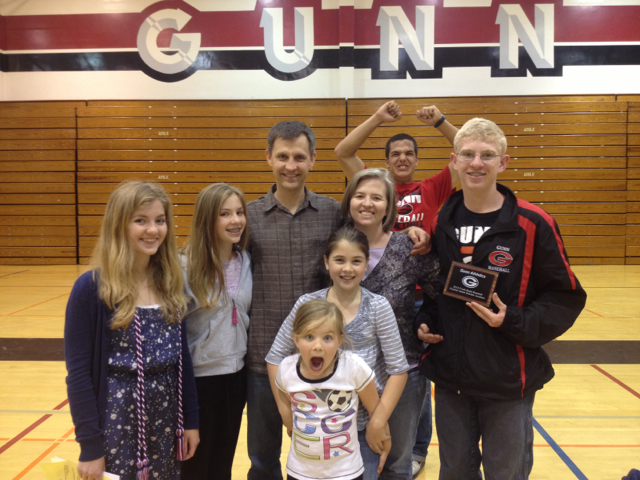 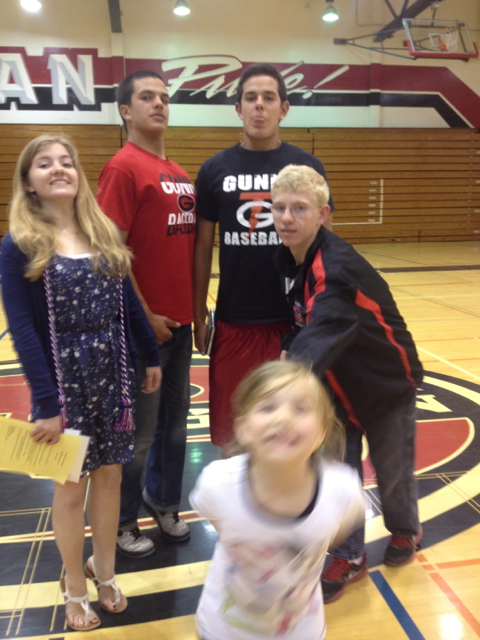 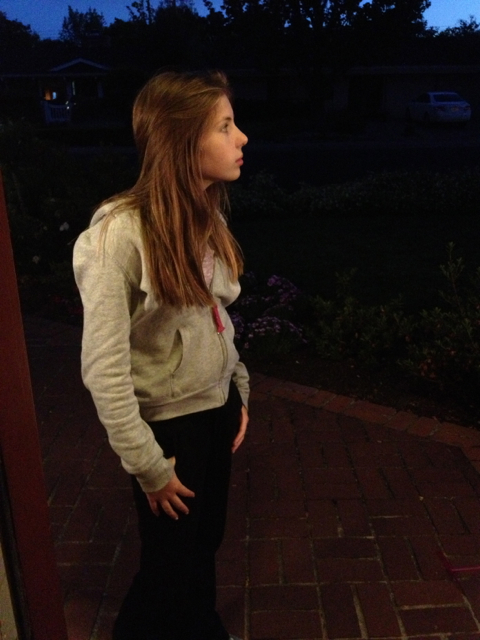